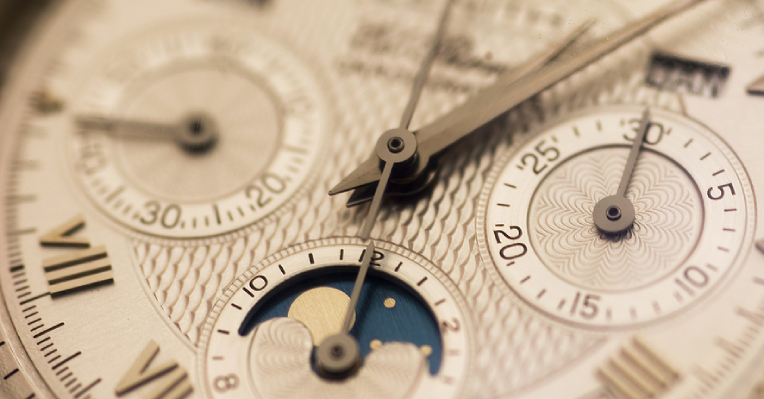 Watches have been considered a luxury item for many centuries. They were reserved for the aristocracy, the military, and those who needed one for work. Watchmaking was an art form that was passed down from one generation to another. At first, most watches were mechanical. This meant that you had to manually wind them so that they can keep track of time accurately.

Later on, the automatic watch, which was wound by the wrist’s motion, was introduced in the 1700s. This type of watch was more convenient because you didn’t have to manually wind it anymore. Instead, it wound itself just by you wearing it.

By the mid-1900s, the technologies required for the manufacturing of watches had advanced. This led to watches becoming more accessible. Because of the demands for a more convenient timekeeping device than the pocket watch, the wristwatch was born!

The Swiss watchmaking industry grew significantly, and the reason for this was partly because of their neutrality during the Second World War. They didn’t have to make watches for their country’s military and this allowed them to continue manufacturing for the consumer market. By the time that the dust had settled and the World War 2 was done, the Swiss watchmaking industry had half of the world’s watch market.

Where quartz played a role

For years, Swiss manufacturing was the gold standard of watchmaking. Your watch or timepiece was considered a lower class if it wasn’t made by a known Swiss company then. However, in 1969, the Japanese watch brand Seiko disrupted the market by introducing the first-ever quartz watch. This was the beginning of what was known as the Quartz Crisis.

The battery-powered quartz watches quickly gained popularity among many because of their low cost and accuracy. It wasn’t based on the traditional mechanical movement, which meant fewer moving parts that could affect accuracy and durability. This drastically helped lower costs. Not to mention, the fact that it felt like “future” technology at the time, made quartz watches such a big hit in so little time!

The popularity of the quartz movement dealt a hard blow to the pride and hours that Swiss watchmakers had put in to perfect their craft. However, most manufacturers resisted the new technology and held on to their tradition of making watches their own way.

While many manufacturers did not succumb to the pressure created by the quartz watch’s popularity, some did. Hamilton was one of the first, followed by Omega, and others soon followed. However, despite adjusting to the emergence of quartz movement watches, the Swiss watch industry couldn’t help but feel the effects of Seiko’s new technology.

As a result of the popularity of their quartz watches, Seiko had become the world’s largest watch company in 1977. This forced Swiss watchmakers back to the proverbial drawing boards.

The efforts of Ernst Thomke and Nicolas G. Hayek

Two Swiss businessmen are widely credited to being the ‘saviours’ of the Swiss watch industry.

Ernst Thomke was responsible for restructuring one of the largest Swiss watch industry groups back then, the ASUAG. He helped reorganise everything, streamlining the production process, and cutting costs. However, even though he had managed to accomplish so much, Swiss banks still had to step in to provide funding for one of their country’s most extensive export products.

It wasn’t until 1983 when the bleeding stopped thanks to what Nicolas G. Hayek, the owner of one of Switzerland’s top consulting firms, did. By proposing a merger between the ASUAG and SSIH, resulting in the creation of “The Swatch Group”, the Swiss watch industry was able to bring back its protection of watch units from 45 million in 1983 to 60 million in 1985.

The watch market of today

Today, the quartz crisis has been averted. Although Swiss manufacturers were never quite able to reclaim the same level of prestige and exclusivity in the watch market, their products remain the gold standard for quality luxury swiss watches and ladies swiss watches.

As for quartz movement watches, they continue to sell well. More importantly, their impact on the watch industry is still felt today. The Quartz Crisis forced traditional watchmakers to streamline their production process and adapt. Many luxury Swiss watch brands have also embraced quartz in their watches as an alternative to consumers. So, whether you are serious about owning a traditional mechanical watch that’s full of craftsmanship and history, or prefer the accuracy and easy maintenance of a quartz watch, you can hardly go wrong with a good Swiss watch any day.