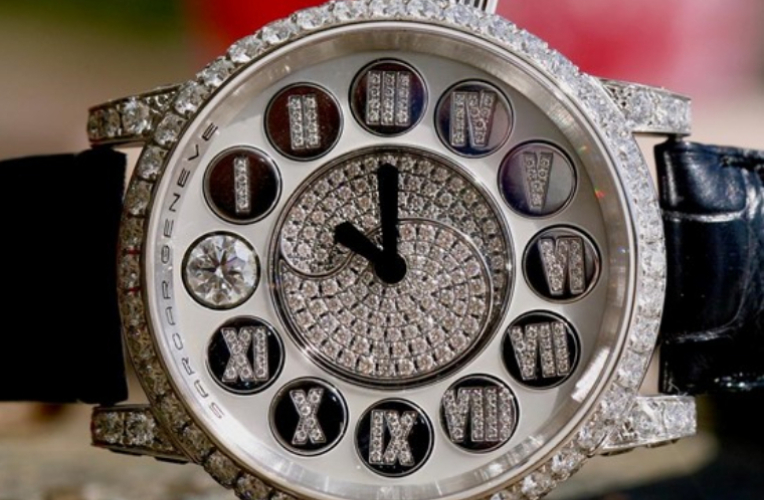 There are now a variety of luxury watches that cater to different markets. From elegant yet practical diver watches to more artistic and magnificent timepieces, there’s a watch to meet everyone’s need.

If you are looking for a timepiece to dazzle a crowd, you may want to opt for a gold diamond watch. However, you may be surprised to learn that the gems found in these watches are not just for aesthetic purposes. Let us provide an insight into the jewels found in luxury watches and why they serve a greater function than just cosmetics.

Luxury watches don’t just utilise jewels for exterior ornamentation; they also use them to function correctly. The gems provide a smooth and hard surface to allow the various mechanical components to operate freely.

Let us share the common type of gems used in high-end watches:

Hole jewels are a type of gem with a hole bored into them. These ornaments are typically mounted on a watch’s pivot or the wheel’s axle. They are usually used in conjunction with cap jewels to create a pivot bearing.

Cap jewels are mainly used to minimise the movement of a watch’s balance staff. They are generally paired with hole jewels and come equipped with springs at each end to provide shock protection.

Pallet jewels are rectangular in shape, and they are commonly found at the end of each arm on the pallet fork.

A roller jewel sits inside the pallet fork and serves as a connection point between the pallets and the escape wheel.

How many jewels should a watch have?

Jewelled luxury watches typically possess 17 jewels which are used in the following areas:

Comprises of two pairs of jewels (a pair of hole jewels and a pair of cap jewels), which are used as pivot bearings on a staff pivot.

Comprises of an impulse jewel, generally D-shaped, which is used as part of the balance wheel assembly.

Comprises of two jewels (a cap jewel and a hole jewel), which are used as a pivot bearing for the watch’s centre wheel.

Comprises of two pallet jewels, which are used in the escape level pallet.

Comprises of two jewels (a cap jewel and a hole jewel), which are used as a pivot bearing in the escape lever.

Comprises of two jewels (a cap jewel and a hole jewel), which are used as a pivot bearing in the escape wheel.

Comprises of two jewels (a cap jewel and a hole jewel), which are used as a pivot bearing for each of the two wheels.

What does the number of jewels mean in a watch?

Luxury timepieces that contain 17 jewels are usually termed fully jewelled watches. They typically use jewel bearings in critical components of the timepiece, from the balance wheel to the centre wheel pivot. Luxury watches that are more complicated contain four more gems, for a total of 21 jewels, which are primarily used to reduce positional errors.

A luxury timepiece containing 21 jewels does not necessarily mean it is more desirable than one with a lesser count. Instead, these ornaments are primarily used as bearings to minimise the friction between the watch’s various components and prevent them from getting worn out.

Therefore, it will stand to reason that the more complicated watches, such as a chronograph or tourbillion watch, will require more gems as bearings since they contain more components. As such, we can conclude that the number of jewels in a timepiece only indicates how mechanically complicated it is and does not reflect the actual value of the watch. So the next time you buy a Swiss watch, you need not concern yourself with the number of jewels found in your purchase.